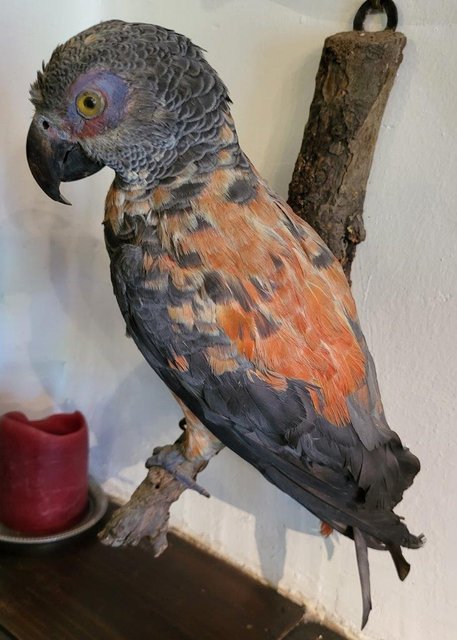 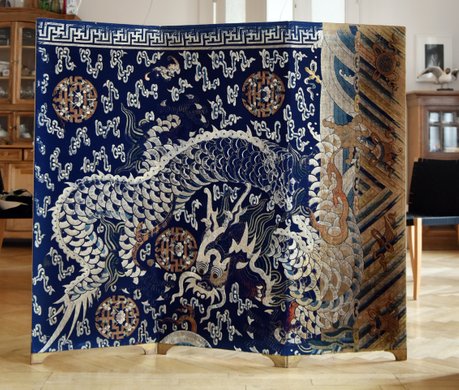 Nicola Kuhn is a writer and art editor at the Berlin daily newspaper Der Tagesspiegel.

During her artist residency at Plan B. Nicola will be

working her book manuscript "The Chinese Screen: German Family Stories and the Colonial Legacy." and will focus on writing the chapters about the settler family in Swakopmund and their "Bushman revolver", about the geographer and Kilimanjaro climber Hans Meyer, who was given a warrior shield by a Jagga prince in exchange, and perhaps also the governor of German East Africa, Hermann von Wissmann, and his stuffed parrot Polly, which is said to have saved his life on an expedition.

After the long silence about colonial history, the great amnesia is gradually ending. The discussions about the Humboldt Forum in Berlin, the international restitution of Benin bronzes to Nigeria, or Namibia's claim for compensation from the German government for the genocide of the Herero represent the current debate about colonialism and post-colonialism.

These issues are not only of concern to politicians and museum experts, but also private individuals. Large numbers of objects from the repressed past are still to be found in German living rooms. Colonial history is condensed in these heirlooms. At the same time, they evoke the question of how to deal with them properly. For today's owners, the colonial past is no longer an abstract political issue, but demands a personal confrontation. This is what this book is about.

"The Chinese screen", which appears in the title of this book, is an heirloom of my Hanseatic great-grandfather.  Discovering his colonial entanglements sparked my interest in other families' stories as well, which are passed down from generation to generation with a specific object. Behind each object lies a complex history and the tragedy of an occupied country and its people.

Nicola Kuhn has been art editor for the culture section of the Berlin daily newspaper Der Tagesspiegel since 1991. Before she worked for the daily newspapers Rheinische Post, Kölner StadtAnzeiger and Frankfurter Allgemeine Zeitung.

She studied history of art, science of theater, film and television studies, and modern history in Cologne and Hamburg. As an IJP fellow, she was a guest editor for the arts sections of the Philadelphia Inquirer in Philadelphia and the Guardian in London.

She has taught at the Institute of Art History at Freie Universität Berlin and at the master's program in cultural journalism at Berlin University of the Arts, and was a member of the circle of experts on art in construction at the Federal Office for Building and Regional Planning. In 2013, she was awarded the Critic's Prize of the hbs Kulturstiftung.

In 2016, she co-authored the biography „Hitlers Kunsthändler. Hildebrand Gurlitt, 1895 – 1965“, published by C.H. Beck Verlag in Munich. This was followed in 2019 by the autobiography of the Cologne gallery owner and art market founder Rudolf Zwirner, "Ich wollte immer Gegenwart," published by Wienand Verlag in Cologne.